for discussing console platforms and games, including handhelds.

This is the non HDD version, but considering I have SATA and IDE drives, both in the 2.5 notebook and 3.5 ide (physical) sizes, plus from what I've read it should be easy to jam one in it, it seems like a good deal.

Anyway, I know some of ya'll play online, and was wondering what games?
Gaming on Fedora using Wine
http://fedoraproject.org/
http://www.winehq.org/
Top

Gears of War is great coop
R6Vegas is better than the PC version and is very good for SP or Coop.
Forza Motorsport 2 is a great driving game
GRAW 1 and 2 are both excellent
Oblivion is great for SP RPG

Most of those should be available cheaply used.

the I don't have a 360 nore do I care song is what I have been playing.
Top

Veg, is that really helpful here?

Veg is the anti console nazi.

I don't see the point. I don't have enough time to be anti whatever. Actually, I never understood those who answer a thread like that. If you don't have anything to contribute to what was asked, just walk on by and don't reply - unless you're just trying to pad your post count (and we haven't see hide nor hair of Kodiak in a while!

I have to agree with Gator here. If you haven't had the console experience and can't contribute to the conversation, what's the point? It just starts un-needed flame wars, and some of us are quite happy with consoles.

Everyone is entitled to their opinion, so how about starting a thread on how much you dislike consoles?

I have pretty much the same games at Gator, Gears of War, R6:Vegas,and Forza Motorsports 2 to name a few. All are extremely fun to play in MP. If I could take screenshots and video with the X360, I would so I could share the experience.

"SILENCE, I KILL YOU!!" - Achmed the Dead Terrorist
Top 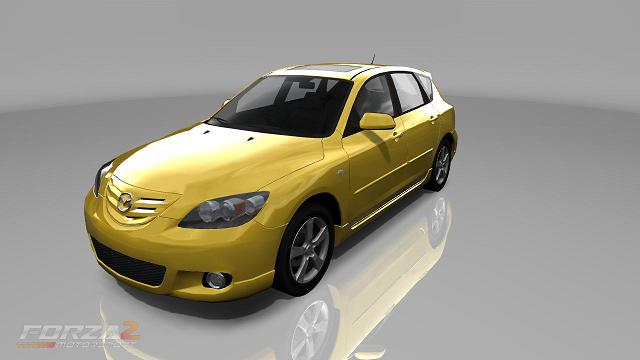 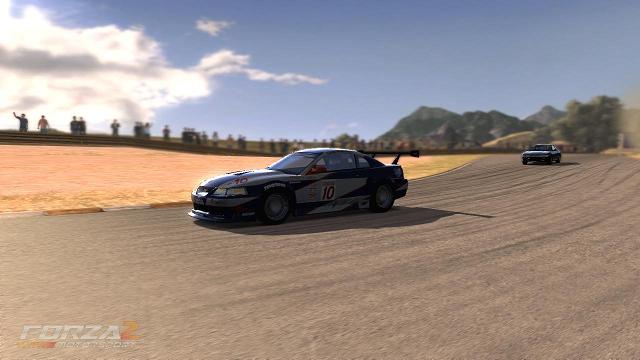 A better lighted action pic with me winning (for now): 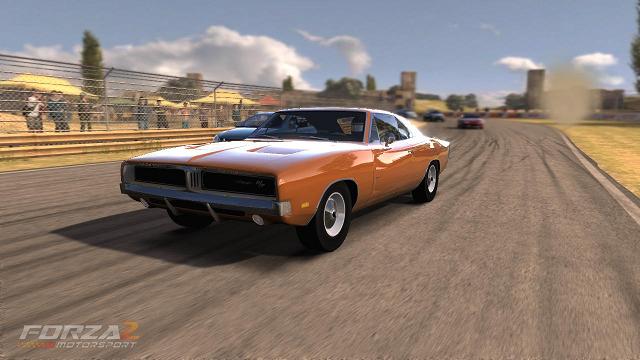 How do you take the action screenshots?

"SILENCE, I KILL YOU!!" - Achmed the Dead Terrorist
Top

while you're racing or watching a replay, pause the game and there's a screenshot option in the popup menu. It gives you the option to upload it to forzamotorsport.net ... where you can login with your Live ID to see the pictures and other relevent info.

I downloaded the GT HD concept for PS3. It lets you drive 10 cars, and 1 track in 2 directions (after you beat the time trial in all 10); I was pretty impressed with the graphics. I'd have to look to see which one looks better though; I don't remember the lighting being as good as what you posted.

I was impressed as all hell with the Intro movie to Armored Core 4, although the actual game graphics aren't as great... One thing about consoles, especially the latest round, is the amazing potential for uber eye candy

there's a demo for forza, so you can try it.

Well, I can in a week and a haf or so, when we actually have the XBox ;)
Gaming on Fedora using Wine
http://fedoraproject.org/
http://www.winehq.org/
Top

Tempted by God of War 2, and there's another similar type game coming out soon, with a female main character, but i can't for the life of me think what it's called...I also actually really enjoy the table tennis game that i got with the 360 bundle i bought...pretty simple stuff, but well done and quite entertaining.
[img]http://www.151recon.org/Mooses%20Sig.gif[/img]
Top

Ya, I was actually entertained to see that several 'sports' games are coming with the Wii. Baseball, Tennis, Bowling, and a couple others. I am expecting those to be a lot of fun with the Wii controller. I'm waiting to see who gets smacked in the head with a controller first; me of my wife. The TV is big enough for us to spread out, but our living room is kind of small. I might end up sliding the coffee table and couch way over when we play so we have the room we need for those hehe.

I also got my wife Raymond's Raving Rabids, and the new Prince of Persia for the Wii. I don't know if there will be any extra features for the Wii controller in Prince of Persia, but the Bunny game should also be a boat load of fun.

I'll be getting Transformers for the PS3 Tuesday, just because that game is gonna be pure eye candy, and the PS3 definitely has the better graphics of the two (and it's the only one in the house right now...)

Once the XBox gets here I'll probably get Rainbow 6 Vegas, and Ghost Recon 2 so I can play with those here that have them; and I'll definitely be getting Halo 3 when that comes out. I watched some of the videos on the website, and it looks freaking awesome.

And I know my wife likes God of War, so she'll probably want God of War 2.

It's nice not having to sit out because I can't get game on whichever platform. Mac, PC, XBox, PS3, Wii, bring it on